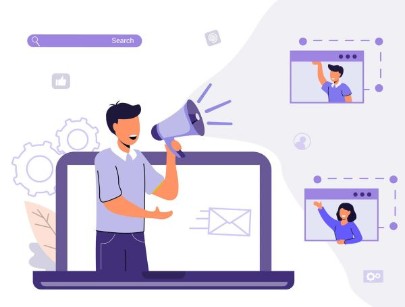 Are Massage Therapists Taking Advantage of the Networking Opportunities That Matter Most?

Are Massage Therapists Taking Advantage of the Networking Opportunities That Matter Most?

When it comes to networking, most people rely on close friends and family. But, doing so may mean you’re overlooking some valuable connections.

What are Strong Ties and Weak Ties in Networking?

Networking is something that most people in business understand. Whether you’ve joined your local Chamber of Commerce or share referrals with other businesses in your community, the value of making connections is clear, from boosting business to expanding your skillset.

Two potential networking sources are what have come to be known as strong ties and weak ties. Strong ties, as the name suggests, are people you have deeper connections with, like close friends and family members. “Our strong ties are most likely to lend us resources and support,” says Julia Freeland Fisher, Director of Education with the Clayton Christensen Institute.

Weak ties, on the other hand, are people we might consider acquaintances. “Often, we have less frequent contact and less deep connections with weak ties, Freeland Fisher says.

The research on the value of weak ties in networking is decades old. In 1973, Mark Granovetter, a Stanford University sociology professor, coined the terms “strong ties” and “weak ties” to describe the social network of people who’d recently found new jobs.

What he discovered is that most of the people he interviewed were connected to the new job opportunity via people only marginally associated with the person’s current contacts. Most often, the networking contacts were old college friends, a former colleague, or a previous employer.

Freeland Fisher is clear that both strong ties and weak ties help us get by and get ahead, but whereas most people recognize the value of strong ties, the usefulness of weak ties is sometimes overlooked. “Ask people who helped them get where they are today, and oftentimes they will point to a web of deep, caring relationships with family members and mentors who unleashed their potential,” Freeland Fisher says, explaining how people commonly describe their strong ties. “But ask those same people how they got their most recent job, and you might get a very different response. A friend of a friend, a previous colleague or a distant alumni connection from their alma mater may have offered them an ‘in.’”

See Also: Mapping Out Your Career Path: Where to Next?

An “in” at a new job opportunity isn’t the only benefit of weak ties, according to Freeland Fisher. People that are not as deeply connected to you can also lend some new perspective that might be missing from family and close friends. “Those people we don’t know as well may actually offer something that deep, enduring relationships can’t— access to new information, support and opportunities that our stronger-tie networks lack.”

Today, cell phones and social media sites can be the source of a lot of negative attention, especially from people who feel like these technologies are double-edged swords that both make people more accessible in some ways while at the same time creating some distraction and distance.

When considering weak ties specifically, however, social media has been a bit of a boon. “Disruptive innovations like social networking sites that broker and maintain networks have the potential to overcome the geography, time and cost limits that have historically limited who we know,” Freeland Fisher says. “That’s exciting given the fact that our networks can be real engines of opportunity. With disruptive technologies, massage therapists can both find and maintain networks at a far more affordable and sustainable rate than was previously possible.”

Get More Marketing and Business Insight

Boosting your massage therapy business on a budget