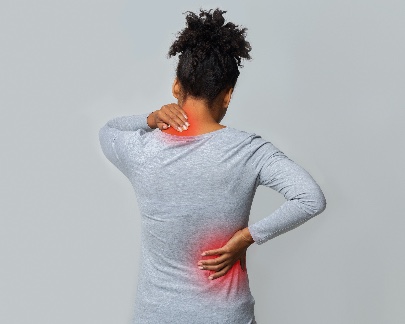 I graduated from the university of Pennsylvania in 1960 as a physical therapist and became a licensed massage therapist a number of years ago. One class I still remember is human dissection, where we dissected human cadavers. Our anatomy professor used to yell at us to “clean that stuff up and throw it away!” That “stuff” he was referring to was the fascia. Our professor was telling us that fascia was unimportant packing material, despite voluminous amounts of research that now says just the opposite.

Understanding the Importance of Fascia

It turns out that fascia is one of the most important tissues of our body. In fact, everything is encased and controlled by the fascial system—especially when it is traumatized. When I was a young therapist, most of the referrals I received from physicians were clients with arthritis or muscular sprains.

Today, the frequent buzzwords are fibromyalgia or chronic fatigue syndrome. The Centers for Disease Control and Prevention (CDC) estimates that fibromyalgia affects about four million adults in the United States. In our society, clients will receive a diagnostic label for a group of symptoms and most of you understand at this point in your career that symptoms are just the tip of the iceberg of the real problem. We are beginning to accurately understand the fascial system on a deeper level, as well as how fascia attaches to each muscle, nerve, bone, organ and cell of our body.

The Impact of Injury

When restricted by trauma, surgery or thwarted inflammatory responses, the fascia tightens powerfully around our muscles and pulls the osseous structures too close together with enormous force that can cause bulging discs, jammed facet joints, crushing pressure on the neurological, vascular and lymphatic systems and structures in the area, eventually producing pain, restriction of motion, and altered physiology.

As the fascia tightens down when you rest or sleep, your muscles aren’t allowed to elongate properly. Many of you have heard your clients complain that they are more tired when they wake up or are in more pain after rest. When the fascial system does not allow the muscle to elongate properly, we do not go into the important rapid eye movement sleep, where we rejuvenate. We become exhausted.

What is the Pain, Really?

What do fibromyalgia, chronic fatigue syndrome, chronic pain, and headaches have in common? These are simply labels for a common denominator: unrecognized fascial restrictions.  These do not show up in all of the standard tests that are now performed, nor have most health care professionals been taught how to recognize them or treat them properly. The fascial system is the unique fluid component of our body and requires unique principles.

I cannot tell you how many times I have heard stories of clients being seen by doctor after doctor, taking more and more medication as months, and then years, pass. Desperation sets in. They have tried therapy that only produces temporary results, psychologists, surgery, more surgery with nothing helping. In fact, it continues to worsen over time and spreads, creating a multitude of symptoms throughout the body. The person begins to wonder if maybe it is “all in their head.”

Fascial has a tensile strength of up to approximately 2,000 pounds per square inch. In other words, fascial restrictions have the potential of exerting enormous pressure on pain-sensitive structures. Certainly, not all problems have a fascial origin, but restrictions of fascia are the cause of many of these problems in a surprisingly high percentage of cases, especially when all the tests turn out to be negative, when massage and other forms of therapy have not helped and/or medication only helps temporarily or surgery did not change the situation.

Myofascial Release is Here to Help

Myofascial release is utilized for the treatment of cervical, lumbar and sacroiliac pain, headaches, and and/or dysfunction, back and pelvic pain, and other inflammatory disorders. These disorders can create the unpleasant and/or painful symptoms of recurrent bladder pain and infection, elimination problems, coccygeal pain, and the list goes on. In many cases, these problems can be substantially alleviated or eliminated by non-traumatic and gentle myofascial release.

The non-traumatic, gentle nature of myofascial release is reassuring in that the client need not worry, since these effective procedures will not worsen the client’s symptoms or cause harm.

Myofascial release is not meant to replace the important techniques and approaches that you currently utilize. Instead, it acts as a very important added dimension for increasing your effectiveness and permanency of results in relieving pain and restoring function to the quantity and quality of motion.