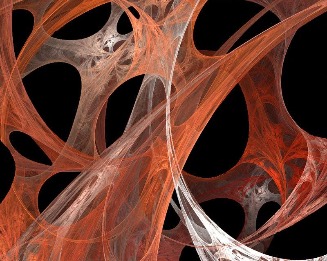 I graduated from the University of Pennsylvania in 1960 as a physical therapist. Back in those days, massage therapy was part of physical therapy education. When I first graduated, every referral I got from a physician said the same thing, “hot packs, ultrasound, massage, hot packs, ultrasound, massage.” I just remembered moving the ultrasound over somebody’s back and thinking: “I went to college for this?” I think I got better results from the ultrasound on the days they forgot to plug it in! Because I’d developed a great respect for massage therapy during my education, I decided to become a licensed massage therapist. That decision turned out to be one of the best in my life.

Muscles, Fascia, and Pain: Myofascial Restrictions and the Body

Myofascial release combined with massage is wonderful; each enhancing the effectiveness of the other. Traditional stretching only releases about 20 percent of the fascial system. It doesn’t release the other 80 percent—the collagenous barrier of the fascial system—which, in the past, has been ignored. We were taught that the fascial system covers the muscles—and it certainly does—but the fascial system also surrounds and profoundly influences every muscle, every fascicle, and every microfibril down to a cellular level. Fascia tightens down from trauma and shortens the muscle. A shortened muscle loses power and goes into spasm, resulting in pain.

But it doesn’t end there. Myofascial restrictions also produce crushing pressure on pain sensitive structures, and that pressure compresses the circulatory system; the lymphatic system that lies within the myofascial component. This crushing pressure of the restricted area pulls the osseous structures too close together, jamming the facet joints and bulging discs, putting pressure on adjacent nerves. This creates spasm, pain, restriction of motion, resulting in our whole structure being pulled out of alignment. When the body is pulled out of alignment, it is forced into a struggle within itself and limits optimal performance. And as we all know, optimal performance is crucial to athletes training and competing in their chosen sport.

Myofascial release, in combination with massage therapy, is ideal to use very gently prior to any athletic endeavor or performance. This will help enhance their performance, add to the fluidity of their motions and prevent possible injury. During the game or performance, if an injury has occurred and you happen to be on the health care team attending to the athlete, massage therapy in its lighter forms can help assist the person get back on the field and/or help decrease the pain associated with the injury. Obviously, do not place pressure into the fascial system where there have been recent fractures, dislocations, concussions and/or bleeding.

Fascial restrictions can create enormous pressure on pain sensitive structures, resulting in what I call a “straitjacket.” All physical therapy modalities and various forms of massage, energy work, body work, manipulation, and mobilization release a portion of the fascial system. Unfortunately, none are as effective at releasing the “straitjacket” as myofascial release. This is why it is so important to incorporate myofascial release into your practice to resolve the totality of the problem.

Myofascial stretching is very different than traditional stretching and all its various manifestations. Traditional stretching only releases about 20 percent of the fascial system or myofascial complex. I am sure you have all done some stretching for yourself over the years, and you may have noticed some progress. But then you probably noticed that the progress stopped. No matter how long or hard you stretched, it just didn’t seem to improve. This is the problem with the proverbial straitjacket (as well as the fact that myofascial restrictions do not show up on any standard testing).

I would like to describe a myofascial stretch to do on yourself focusing on the hamstring/gastrocnemius area. Stand in front of a stable table or a large rock, something that won’t move. Bend forward at the waist to approximately 90 degrees and place your elbows and forearms on the solid surface making sure to support your back. Have your feet spread open comfortably and now imagine you have a string attached to your waist or belt area. Feel that string slowly pulling your pelvis up towards the ceiling or sky. Slowly, let your body come forward until you feel resistance throughout the posterior aspect of your lower extremities. Instead of forcing into it, at this point, lift towards the ceiling until you feel resistance again. Wait here and eventually you will begin to feel a tingle or pins and needles effect. You will eventually feel a softening and a new range of motion. Move into this gently. As you do this, you may also notice that your body may begin to move spontaneously. Allow this to occur.

This is what we call myofascial unwinding. This particular technique can be extremely helpful in elongating the posterior aspect of the lower extremities and the lumbosacral areas. The key is timing, attempt to hold for five minutes longer and always release the pressure very slowly.