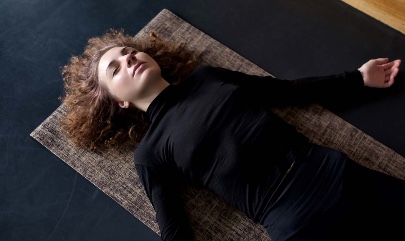 Myofascial unwinding carefully elicits tissue memory. Tissue memory is like a “broken record” that is stuck in a groove. On a subconscious level, until these positions in space are accomplished for our clients, the trauma is replaying over and over and over again. The mind/body is protecting us by reacting as if the trauma were happening, creating a constant state of inner tension that results in anxiety and slowly solidifies the ground substance of fascia, which is fluid in nature. This solidification over time creates crushing pressure on pain sensitive structures that perpetuates symptoms of pain and restriction of motion.

What is learned or remembered at the time of trauma is dependent on the psychophysiological state of the individual at the time of the traumatic experience. Sometimes, a dissociation, or block, between the conscious and subconscious minds can mean massage therapy benefits are poor or temporary. Myofascial release and myofascial unwinding can help allow the individual to be fully aware of this divided consciousness.

New neurobiological research and Selye’s classic work focus on the phenomenon of state-dependent memory, learning and behavior, all of which comprise the general class of learning that takes place in all complex organisms that have a cerebral cortex and a limbic-hypothalamic system (more famous Pavlovian and Skinnerian conditioning are specific varieties of it).

The limbic-hypothalamic system is central to Selye’s general adaption syndrome. The three stages of which, the alarm reaction, the stage of resistance and the stage of exhaustion, are significant.

Hormones that are responsible for the retention of memory—epinephrine and norepinephrine are released during the alarm stage by the activation of the sympathetic branch of the autonomic nervous system. The state or position the person in the moment of trauma is encoded into the system as the person progresses into the resistance stage. The system adapts and develops strategies to protect itself from further trauma, fear or memories by avoiding those three-dimensional positions. A person’s emotions communicate this mind-body information through the body’s network by way of the neuropeptides, creating a vicious cycle of interplay among the endocrine, immune and autonomic neuro-myofascial systems, as well as the neuropeptides.

If this cycle continues too long, the person enters the exhaustion stage, where the body’s defense mechanisms expend enormous amounts of energy, depleting reserves and perpetuating or enlarging the symptomatic complex.

Selye frequently described this type of resistance as being “stuck in a groove.” When something familiar happens, we react subconsciously in a habitual pattern before we can consciously be aware and control it. For example, when people are injured in a car accident, sometimes they tighten and brace against possible impact when they see an oncoming car going too fast. People replay these incidents and the automatic, habitual bracing patterns associated with them subconsciously, until these hidden memories and learned behaviors are brought to the surface. Myofascial unwinding brings this information to the conscious level, allowing patients to experience it and let it go.

Why don’t normal bodily movements or daily activities reproduce these memories and emotions? I believe that these positions represent fear, pain or trauma, and in an attempt to protect itself from further injury, the subconscious does not allow the body to move into a position that reenacts the micro events, instead developing strategies or patterns to protect itself.

These subconscious holding patterns eventually form specific muscular tone or tension patterns, and the fascial component then tightens in to these habitual positions of strain to compensate for the misalignment that results. Therefore, the repeated postural and traumatic insults of a lifetime, combined with the tensions of emotional and psychologic origin, result in tense, contracted, bunched and fatigued fibrous tissue.

Working in reverse, myofascial release and myofascial unwinding release the fascial restrictions and alter the habitual muscular response. This in turn produces emotions and beliefs that are the cause of the holding patterns that create symptoms. For the most benefit, massage therapists need to follow the tissue or body part three-dimensionally along the direction of ease that takes the client into significant restrictions or positions. As this happens and within the safe environment of a treatment session, the patient can facilitate the body’s inherent self-correcting mechanism to obtain improvement.