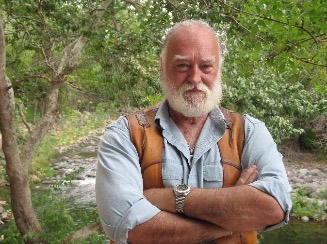 My Approach to Myofascial Release is Founded in Three Components:

I understand force is not the best word to use because we never use force with myofascial release, depending instead on a gentle oscillatory motion that allows the fascial system’s fluid to rehydrate the ground substance. Myofascial rebounding creates a very safe yet powerful response that may help relieve pain, headaches and symptoms of fibromyalgia, and restore some function.In my myofascial release rebounding seminar, I share that we are conceived in fluid, we develop in amniotic fluid, and we are born in fluid.   It is a well-known fact that our bodies are over 70 percent of fluid and we live on the “water planet” therefore we need to use fluid motion when working with the fascia.

In her article “Super-Conducting Liquid Crystalline Water Aligned with Collagen Fibers in the Fasciae,” Dr. Mae-Wan Ho tells us that water is “hardly recognized in the conventional biochemical community.” Her years of research showed “the liquid crystallin nature of the fascial system extends without interruption throughout its extracellular matrix to the interior of every single cell.”

We are all brought up to believe there are three phases of water: ice, fluid and vapor. However, recent discoveries by one of the world’s leading experts in fluid dynamics, Dr. Gerald Pollack, has discovered a fourth phase of water! The usual chemical formula of H2O isn’t used here. Rather, the chemical formula for this is H3O2 for this fourth phase.  Now, how can you utilize these new revelations in your practice?

Myofascial rebounding begins as the therapist introduces a gentle and slowly increasing oscillatory motion into the fluidity of the fascial system.  I teach the therapist to then start to feel into the frequency, rhythmic vibration of the body, which in time will transform the energy of the fascia’s fluid system into resonance.

Resonance is the basis of the release that occurs from all forms of myofascial release.  The resonance of our internal “liquid light” acts as a tsunami (or tidal wave) washing away restrictions to decrease pain and increase motion.  Myofascial release is also a reliable assessment tool for you.  Over time, you will feel the body’s softness and fluidity or mobility.  Myofascial rebounding is then used directly or indirectly in the restricted area.  If this does not rehydrate and release the area, then the body language has shown you exactly where to apply structure myofascial release and unwinding techniques.

Myofascial rebounding completes the triad of the myofascial release approach providing you the principles necessary to allow for a resolution of people suffering by eliminating pain, increasing motion and physiological disharmony.

A phenomenon occurs called birefringence at the cellular level which is an optical reﬂection carrying photons depending upon the polarization and propagation of light. Birefringent crystals are liquid crystals creating electro polarization from head to toe.  So, we are basically two-thirds water, but it is not water as we think of it. The water that goes through the fascial system is called ‘structured water’ and it allows the fascial system to act as a ﬁber-optic.

The fascial system has been taught to be an insulator for over one hundred years, which means it cannot conduct energy or information... Wrong! In fact, the ground substance of the fascial system carries a vast amount of information and energy to every one of the trillions of cells of the body. This is so important and everyone’s ignoring this.

H3O2 plays an important role for our function at the cellular level where it boosts the power of the electrons of mitochondria, the power house of our cells.  So, myofascial release has everything to do with the healthy functioning of our physiology. The ground substance is also considered to be what’s called structured water, another word for that is liquid crystal, which is 70 percent of the ﬂuid of our body.  Basically, our body’s fascial system has a liquid crystalline nature, which has both the characteristics of solid and ﬂuid and is capable of change.