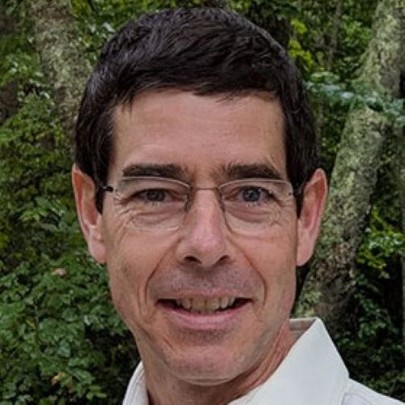 Q+A with Whitney Lowe: Revisiting the Valgus and Varus

Q+A with Whitney Lowe: Revisiting the Valgus and Varus

One reader asks: I often hear the terms valgus and varus, but constantly get them confused. Can you clarify the difference?

Let’s look at two conditions caused by varus and valves angulations you may come across in your clients.

Hallus Valgus Deformities: What They Are + The Problems They Cause

Hallux valgus deformities are caused by a lateral deviation of the distal region of the big toe (hallux). Figure 1 shows what the hallux valgus angulation looks like. This type of angulation is frequently caused by wearing narrow toe box shoes, but can result from other factors as well. More often seen in women than men, the condition occurs gradually over time.

As the distal metatarsal head goes in a medial direction, it pushes outward and against the edge of the shoe. The irritation created by the metatarsal head pressing on the shoe will often cause an enlarged and thickened callus to form.

This callus is known as a bunion. The bunion may become painful and irritated after some time, especially if pressure is maintained on it. A hallux valgus deformity may have significant ramifications for soft-tissue problems in other areas, too. One of the most important things that the hallux does is to help provide forward propulsion during the push-off phase of the gait. The hallux is also very important for preventing overpronation, which is excessive inward rolling of the foot.

See Also: How to Identify if Shoulder Pain Involves the Supraspinatus or Subscapularis

If the hallux is deviating away from its normal position, it does not have the mechanical ability to perform these tasks correctly. If the hallux is not preventing overpronation, the individual may develop a number of other problems, including plantar fasciitis, shin splints, or other ankle or knee pathologies.

Genu Varum: What is is + the Problems it Causes

Genu varum (also called varus genu) is the postural distortion commonly referred to as bow-legs. In this postural deviation, the varus angulation occurs at the tibia, so is also referred to as tibial varus.

Figure 2 shows the medial deviation of the distal portion of the tibia. Since the tibia is deviating in a medial direction, the weight of the body is not coming straight down on the foot and is instead coming down more over the lateral edge of the foot. Weight coming down over the outside edge of the foot can cause the foot to have a varus angulation (calcaneal varus), as well.

Many of the surrounding soft tissue structures like the lateral ankle ligaments and the peroneal muscles may have to compensate for the unbalanced forces acting on the foot from the subsequent calcaneal varus. The knee joint may also be affected from the genu varum.

Additionally, increased compressive force may be placed on the medial meniscus from genu varum, and has also frequently been implicated as a contributing factor to iliotibial band friction syndrome because of the additional tensile stress it places on the iliotibial band over the lateral epicondyle of the femur.

These lower extremity postural distortions are often quite difficult to change because the forces that have caused them to develop are ingrained in movement patterns that are not easy to change. With hallus valgus issues, changing the shoe type out to a wider toe box and less heel can do much to improve the condition. Also, wearing toe-spreaders, such as those used in yoga, can help improve the function.

Bow legs occurs from altered body mechanics, frequent body adaptations to certain uses, like horseback riding, and from genetics. The condition is very difficult to correct. However, it is not always imperative to “fix” or “correct” every postural alteration in the body. In fact, many people can cope with these postural alterations without pain and dysfunction. However, sometimes they can play a significant role in soft-tissue distress, so recognizing their mechanical implications when present is valuable.