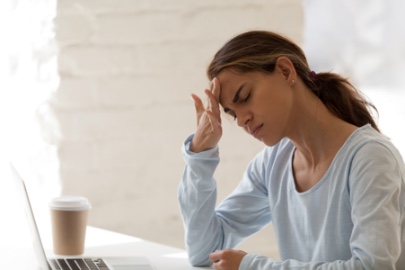 The Myth of Dualism

The Myth of Dualism

I have been teaching myofascial release for close to 50 years, and the concepts I developed came from my own injury, time and experience with clients from all over the world. Today, myofascial release is talked about in myriad ways, and it’s important for massage therapists to understand the technique.

What I call the old form of myofascial release comes under many labels and names, but they are just variations of the same thing: forcing a system that can’t be forced! Unfortunately, force brings up a protective response in our minds and only yields temporary results, as well as unnecessary pain for the client.

Some think that we are stretching the fascial system. I don’t believe that, nor have I ever said that in the decades that I have been teaching. The three-dimensional collagenous web of the fascial system can’t stretch beyond its normal structural boundaries. What we are doing is releasing the ground substance in the space within the three-dimensional web that has become more viscous and has shrunk or tightened the fascial system until the pressure becomes strong and powerful enough to produce the symptoms of pain and restrictions of motion.  The old form of myofascial release perceives the body as just a structure. Authentic myofascial release has positive effects on the crosslinks of the structure that have developed from trauma.

Additionally, the ground substance, which is solidified fluid, helps to rehydrate that tissue so it can return to the glide system and take pressure off of pain sensitive structures such as nerves, blood vessels, joints and muscles.

Incorporating Myofascial Release in Your Practice

Myofascial release is safe, effective and produces lasting results because it treats the whole person, or what I like to call the “being” of the human being. As you know, we are over 70 percent fluid. Traditionally, research was done on cadavers. The fascial system was thought of as useless packing material cut away during dissection and tossed on the floor.

Many of the diagnostic labels that you or your clients have received, such as pain, headaches, fibromyalgia or restriction of motion, are actually produced by the solidification of the ground substance, resulting in crushing pressure and the protective responses of our mind.

The wonderful thing about myofascial release is it’s safe, because we never use force. Having the proper understanding of the technique can bring your clients one step closer to the pain relief they’ve been seeking.

What are Myoskeletal Alignment Techniques?