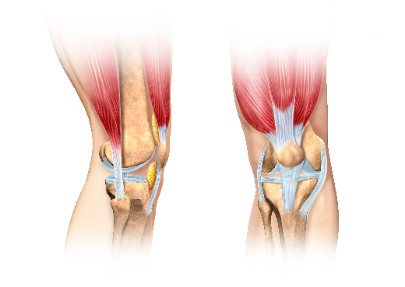 Tendon Damage: The Role of Massage Therapy in Recovery

Tendon Damage: The Role of Massage Therapy in Recovery

Hundreds of tendons in the body connect muscles to the bones. These are the connecting structures that make movement possible. Some tendons in the body are frequently injured while others are rarely damaged.  A single tendon can suffer multiple types of damage.

Common Tendon Injuries—and How to Tell the Difference

Tendinopathy is a general umbrella term that is used to describe any type of damage to a tendon. Under this umbrella, there are more specific injuries, including tendinitis, tendinosis and tenosynovitis. Of course, there can also be partial tendon rupture or a complete tendon rupture, both of which would require surgery.

For many years, tendinitis was the term used to describe most tendon injuries. We now know, however, that in many cases, the more accurate term is Tendinosis—a chronic degeneration of the tendon structure without any inflammation.

When tendinosis is present, there is a degeneration of the tendon tissue structure and composition and the tendon is characterized by immature, poorly aligned collagen fibers that lead to weakness and increased vulnerability to future injury. Circulation to the tendon decreases, and sometimes its color changes from a bright white to a dull brownish color.

There is disagreement in the field about the relationship between these two types of tendon damage. Tendinitis has sometimes been described as a precursor to tendinosis, but clinical research suggests that tendinosis may develop without any initial inflammatory phase.

Tenosynovitis, also referred to as paratendinitis, is a condition involving inflammation and pain in the synovium or tendon sheath. Some of the tendons in our body are wrapped in a sheath called a synovium—sometimes referred to as the synovial membrane or synovial sheath. The synovium produces a small amount of fluid that lies in-between the tendon and its sheath, enabling the tendon to move more smoothly and easily.

This condition is often accompanied by some mild heat and swelling in the tendon itself. When the person moves the affected tendon, massage therapists may hear a faint squeaking or creaking sound—known as crepitus—almost as if there are some granular particles between the sheath and the tendon.

De Quervain’s syndrome, as discussed in my last column, is technically referred to as de Quervain’s tenosynovitis and is marked by an inflammation of the synovium that constricts and stresses the extensor pollicis brevis and abductor pollicis longus tendons in the thumb.

Additionally, tenosynovitis of the flexor tendons may lead to a condition known as “trigger thumb,” where the thumb joint gets stuck in a flexed position and extending it causes a painful snap or popping sound.

What differs in the treatment process of these two conditions is the timeline. Tendinitis can be treated successfully in anywhere from a few weeks to a few months. In contrast, tendinosis treatment may last three to nine months or longer.

For best results, massage therapists should begin working on any tendon injury as soon as you can and as thoroughly as you can—particularly in cases of tendinosis. Once the structural integrity of the tendon is compromised, lack of proper treatment may lead to a full tendon rupture if full use is continued.

As you can see there are many types of damage that can be sustained by a tendon. Having the skill to differentiate them makes you a more effective massage therapist.