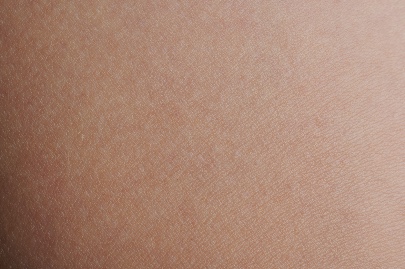 An indication that we should refer a patient for further evaluation is when we identify something we aren't sure of but know shouldn't normally be there. One such example may occur with a synovial ganglion cyst, which occurs most commonly around the wrist, though they may occur elsewhere.

Exactly how and why these ganglions form is poorly understood. This makes it difficult to formulate a consistently reliable treatment. Despite the similarity in name, a ganglion cyst is different than the ganglion that is a collection of nerve cells. The ganglion cyst is a fibrous swelling that occurs near joints and is often associated with joint capsules or tendon sheaths. It contains a clear mucinous fluid that is different than the synovial fluid contained within joint capsules.

It is estimated that about 60 percent to 70 percent of all ganglions are dorsal wrist ganglions. Those on the volar surface of the wrist make up about 20 percent, and the remaining percentage occur in other regions of the body. The cysts are more common in women than men, and there does not appear to be any association with hand dominance. They are most commonly evaluated through clinical examination, although much greater detail about the makeup of the ganglion can be derived from a detailed diagnostic study, such as MRI. They usually become evident from a visible bump under the skin and may or may not be painful; however, as they get larger, they will likely become painful, especially if pressed. In some cases, the cysts may not be visible at all. These are called occult ganglions. You may discover them with palpation and treatment of the wrist region before the client is aware of them.

How and why ganglions occur is still something of a mystery. Various theories have suggested that they involve growths on the retinacula of tendons, knots of dysfunctional tissue, herniation of the synovial sheath of joints, or various other lesions. Some people report noticing them after an acute injury, but there is no significant evidence that suggests they are caused by another mechanical trauma to the region. Because the swelling can become pronounced, there is often concern about the nature of the problem. While for some it is a cosmetic issue, others may fear it is related to a more serious problem like a cancerous growth.

It is important to evaluate these other possibilities; however, the most likely pathology - especially with wrist ganglions - is not serious. In many cases, the ganglion itself will not be painful, but may cause pain because of where it is has developed. For example, ganglion cysts are one possible cause of pain from nerve entrapment in certain regions. Compression of the ulnar nerve in Guyon's canal or the median nerve in the carpal tunnel can occur from ganglions. Since nerve entrapments in these regions can be relatively common, it is easy to overlook the presence of the ganglion as a cause in favor of one of the more common explanations for nerve entrapment pain.

There are a number of options for treatment of ganglion cysts. Ironically, pressure directly on the ganglion is still advocated by some as a means of treating it; however, you should not treat the ganglion by pressing on it. It is better to leave treatment decisions to other professionals. The more common procedure for ganglions is aspiration with a needle to remove the excess fluid and then let the ganglion dissipate on its own.

Luckily, few people today advocate the former treatment, which was to whack the ganglions with the Bible! There are a number of reports in the medical literature about distal radius fractures that occurred from this "treatment." Knowing a little more about ganglions will help you address the problem when you come upon it.