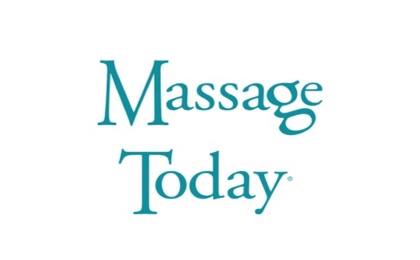 Working With Clients Who Have Hyperthyroidism

Working With Clients Who Have Hyperthyroidism

In my previous article on thyroidism (October 2002 issue), I discussed how insufficient levels of thyroid hormones circulate in the bloodstream, or receptor cells become resistant to these hormones (or both). Hypothyroidism is a fairly common condition, but getting an accurate diagnosis can be challenging. Its symptoms can overlap with those of fibromyalgia syndrome, candidiasis, chronic fatigue syndrome and other conditions. Furthermore, current measuring standards for "normal" hormone levels are rough at best, which means a person with a borderline case, but significant symptoms, may have difficulty getting a useful diagnosis.

Before we begin this discussion, I'd like to include an excerpt from a correspondence I had with David Ponsonby, a massage therapist from Dallas, Texas, who generously shared his experience with hyperthyroidism:

My mother had the iodine deficiency variety of hypothyroidism, which I believe initially causes the thyroid to enlarge in an attempt to meet demand, then to fail. My mother was the Anglo-Australian equivalent of a "G.I. bride." She went to Western Australia and had two babies. Away from fish and pre-iodized salt, she developed goitre (English spelling). I came across one reference that suggested the fetus will overcompensate for a deficiency and become hyperthyroid - i.e., me. She had two surgeries in the next four years, and a third almost 50 years later that resulted in pneumonia and death. Throughout the 50 years, her breathing, speech and activity level were impaired.

My own hyperthyroidism had some curious "coincidences" at initiation. I developed an apparent cellulitis after being bitten by a mosquito near a city sewer plant. (No association, they tell me?)

My lower right leg swelled up. When the swelling went down, it was very lumpy -- pretibial myxedema. The parathyroid is mixed in, with calcium deposition around the periosteum - like a soccer player's shin. I am a former soccer player, and it was interesting that the site of some of my old injuries seemed to be the focus.

My eyes popped out, I became very hot, my skin was flushed and itchy, my blood pressure went up, my heart pounded in my ears, and I fainted on two occasions -- very scary. I tried to maintain my exercise, although the sweating and fainting made it scary because there was always the possibility that I could collapse while riding my bike, etc.

I tried acupuncture, which seemed to relieve the swelling on one side, under the eye. I tried detoxification, energy therapy, homeopathy, etc. Gradually, most of the symptoms went away. I still have some swelling under one eye.

Hyperthyroidism is a condition in which the thyroid gland produces excessive amounts of two forms of thyroid hormone (T3 and T4), resulting in the metabolism of fuel into energy - lots and lots of energy. A person with hyperthyroidism has an engine that runs hot all the time, and never really lets up.

Demographics: Who Gets It?

Hyperthyroidism affects between 1 percent to 2 percent of all people in the United States at some time in their lives. About 500 thousand new cases are diagnosed each year. Women are affected more often than men, by a margin of about 3 or 4 to 1. Most cases are diagnosed between the ages of 20 and 40.

Hyperthyroidism is usually caused by one of three things: a thyroid infection; a nodule or group of nodules that become hyperactive for unknown reasons (this is called toxic nodular or multinodular goiter); or an autoimmune attack against the thyroid gland that causes it to secrete excessive amounts of metabolic hormones (also called Grave's disease).

Grave's disease is by far the most common variety of this disorder, accounting for 70 percent to 80 percent of all cases. In this situation, antibodies called thyroid-stimulating immunoglobins (TSI) mistakenly attack the thyroid gland, causing it to grow to huge dimensions (this is called a goiter) and so to secrete excessive levels of both forms of thyroxine.

Under normal circumstances, pituitary secretions of thyroid-stimulating hormone (TSH) tell the thyroid when and how much to metabolize fuel into energy. When Grave's disease is well-established, the thyroid produces its own TSH for local action, so circulating levels of this hormone drop significantly. At the same time, levels of TSI, the antibodies that attack the thyroid, increase systemically throughout the circulatory system. The result is that the conversion of fuel into energy increases by 60 percent to 100 percent.

While genetics clearly play a major part of developing Grave's disease, its onset often seems to be connected to a stressful situation like a death in the family or a job change. Other risk factors for developing this disorder include exposure of the thyroid to X-rays, or previous use of antiviral medications such as interferon or interleukin.

The primary symptom of Grave's disease is the development of a goiter: the thyroid becomes enlarged enough to create a visible, painless swelling in the neck. Other signs and symptoms are mostly related to the emphasis on metabolizing fuel for energy, rather than growth or storage.

Grave's disease patients may show anxiety, irritability, insomnia, rapid heartbeat, tremor, increased perspiration, sensitivity to heat, and unintentional weight loss. Skeletal muscles, especially in the arms, often become weak. Other symptoms may include a lighter flow during menstrual periods, dry skin and brittle nails. Grave's disease can also affect the muscles that lift the eyelids. When the eyes seem to protrude, this is called exophthalmos. (Think of Marty Feldman in Young Frankenstein - he was a famous hyperthyroidism patient.) Grave's ophthalmopathy is a rarer disorder that causes the eyeball to protrude beyond its protective orbit because tissues and muscles behind it swell. The front surface of the eye can dry out, causing light sensitivity, double vision, decreased freedom of movement within the orbit, pain, and excessive tearing.

Some Grave's disease patients develop red raised patches of skin on their shins and feet. These rashes are called pretibial myxedema, and they are generally not painful or dangerous.

One of the most serious complications of Grave's disease is the risk of episodes of dangerously accelerated metabolism called thyroid storms. In these episodes symptoms may include rapid heartbeat, fever without infection, intolerance to heat, confusion, agitation, and finally fainting or shock. Thyroid storms can be medical emergencies and require immediate intervention to slow the heart and bring down the fever.

Grave's disease is usually diagnosed through a physical exam, a blood test, and an examination of how the thyroid takes up radioactive iodine. The physical exam concentrates on issues like goiter, temperature, heart rate, muscle weakness, and tremor. Blood tests will look for low levels of TSH combined with high levels of TSI, along with abnormally high levels of thyroxine. The ingestion of radioactive iodine shows how quickly the thyroid absorbs iodine (a primary component of thyroxine), along with which parts of the thyroid appear to be hyperactive. This test helps to delineate between Grave's disease and nodular hyperthyroidism.

Hyperthyroidism can be treated in a number of ways, depending on the underlying causes and the severity of the symptoms.

Alternative therapies for hyperthyroidism focus on the use of certain foods and/or vitamins that inhibit thyroid activity, but I couldn't find any information on modalities that can actually interrupt the immune system attacks on the thyroid gland.

As long as the skin is healthy and intact, and the cardiovascular system can adjust to the changes we bring about, massage of all types may be beneficial to clients with hyperactive thyroid glands. The calm, relaxed response bodywork creates may provide a welcome change to the sympathetic-like symptoms of hyperthyroidism.

In my next article, I will discuss reflex sympathetic dystrophy syndrome (RSDS). Also referred to as causalgia, sympathetic maintained pain syndrome, or complex regional pain syndrome, this chronic pain syndrome presents special challenges for massage therapists. If any of you live with this, or have clients who do, I'd love to hear from you.

Until then, many thanks, and good health and happiness.