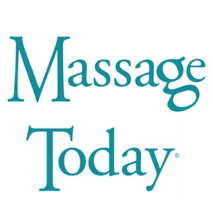 Kidney Yin Deficiency includes any of the broad symptoms in the chart below (General Yin Deficiency) plus dizziness, vertigo, poor memory and/or tinnitus. This is because the Kidneys nourish the Brain, it being the Sea of Marrow in Chinese medicine. (Capitalization is often used in CM to differentiate between the Western anatomical names and the CM energetic interpretation of the internal landscape.) If there is not enough Kidney yin to nourish the Brain, then there is a gradual onset of dizziness and/or vertigo. Ears relate to the Kidneys in CM. Ear ringing that comes on slowly and is low-pitched implies a possible Kidney yin deficiency. Memory loss is hardly noticeable at first and more short-term, like walking in another room and forgetting why you went there.

Lower back pain is common for any Kidney imbalance, and when Kidney yin is deficient, it feels more "in the bones" than other deficiencies. This is due to the Kidney yin connection with marrow and bones. Kidney yin deficiency can manifest as gradual onset of a dull ache in the lower back, not necessarily connected to a previous injury.

The cause can be overwork over a period of years, particularly if activity is aided by stimulants. This includes always being on the go and overextended; burning the candle at both ends will burn up Kidney yin. Excessive sex, especially during the teenage years, can deplete Kidney yin. Heat from a severe illness can consume body fluids and Kidney yin. Chronic disease also can deplete Kidney yin, along with the yin of the Liver, Heart or Lungs. An extreme loss of blood, such as from endometriosis or fibroids, can exhaust Kidney yin. Last but not least, incorrect treatment is a cause of Kidney yin deficiency. This is not so much a problem with Asian bodywork therapy, but it is a matter of concern if the person is self-treating with herbs or going to an untrained herbalist. Many people use yang tonics from health food stores over long periods of time, which can create heat and damage Kidney yin. If you don't know what you are doing, don't play with fire!

One of Heart Yin Deficiency's key symptoms is a reddened tip of the tongue. (This is common in Heart Fire as well, but more pronounced, with a yellow coating on the tongue.) When emotional issues are involved, there could be a central crack that goes all of the way to the tip of the tongue. When the crack is shallow and the color of the body of the tongue is normal, it reflects a constitutional weakness of the Heart; when the crack is deeper, the tip more red and the tongue swollen, it indicates a more serious emotional/spiritual problem.

Palpitations are a common symptom of any Heart pattern. Some people describe them as a fluttering uneasiness in their chest or an awareness of their heart beating. Insomnia and fidgetiness for no apparent reason can be general yin deficiency symptoms, but if that is the client's predominant concern, it points more specifically to Heart yin deficiency. The Shen/Spirit-Mind is housed in the Heart and anchored by the Blood. Blood is considered yin, and anxiety and uneasiness will result without the Blood/yin substance to hold, calm and sooth the Shen.

Interestingly, the symptoms for Heart Blood deficiency are similar to those for Heart yin deficiency. Both feature palpitations, poor memory, insomnia and anxiety as main indicators. This is because you can't have one deficiency without having the other; Blood is yin -- a moist, nourishing substance. If yin is deficient, Blood will be deficient, and vice versa. You can tell which is predominant by the heat symptoms, or lack thereof. Heart yin deficiency is the main problem when the face is flushed; there is a feeling of heat; the pulse is rapid and thin and the tongue tip is red. Heart Blood deficiency is distinguished from Heart yin deficiency by a dull-pale face (sometimes described as "not shiny and new looking") a choppy pulse and a pale tongue.

As with any yin deficiency, the cause could be a busy, yin-depleting lifestyle. To nourish yin, you must spend an adequate amount of restful and rejuvenating time at home. Added to that, longstanding emotional problems such as worry and anxiety will disturb the Shen, creating heat and depleting yin.

Liver Yang Rising is actually caused by Liver and/or Kidney yin deficiency. If the cooling yin of the Liver is depleted, the yang becomes hyperactive, rising upwards and causing headaches, dry eyes, dizziness and tinnitus. The heat also causes irritability and anger, emotions usually associated with the Liver. Key symptoms that will distinguish it from other yin deficiencies are irritability, headaches and a thready, wiry, rapid pulse. Keep in mind that this pattern is a combination of excess and deficiency, even though the symptoms of fullness may be more prevalent.

Liver Yang Rising is a fairly common pattern. Stress, frustration, anger and resentment build up over a long period of time, obstructing the free flow of Liver qi. This produces heat, which dries up yin. As described above, yin cannot control yang, which rises to the head. In contrast, the person could be relatively cool in the lower part of the body.

Lung Yin deficiency can include any of the general symptoms plus a dry, unproductive cough or a cough producing a small amount of sticky or blood-tinged sputum. The mouth is dry and the throat is tickly. The symptoms of dryness are of course due to inadequate yin/body fluids. This can be caused by a long illness that depletes the fluids of the Lungs, such as a cold or flu treated with antibiotics, causing the pathogenic factor to become locked in the Lungs. Lung yin deficiency can also be caused by having Lung qi deficiency over an extended period of time. Lung qi deficiency can result from a constitutional weakness, or from breathing being constricted by being hunched over a desk for long hours.

Stomach Yin Deficiency may present as any number of yin deficiency symptoms, but other problems related to the Stomach also may manifest. A Stomach yin deficiency causes a lack of appetite, or hunger but nothing sounds appealing to eat. There may be an achy, uncomfortable feeling in the Stomach and/or epigastric region caused by the Stomach's descending function being impaired from the lack of yin/moisture. The lips, mouth and tongue will be dry from the lack of yin. The Stomach creates the coating of the tongue, so if the Stomach lacks yin, the coating of the tongue has no root. This means the coating is patchy in places or is easily removed, particularly in the center of the tongue.

The most common cause of Stomach yin deficiency is eating late at night. Other bad eating habits will deplete Stomach qi and eventually Stomach yin, such as eating at irregular times; skipping meals; eating while working; or eating too quickly. It's best to sit, relax and chew your food well so the Stomach qi can go in the right direction: downward instead of up to your head!

This series of articles is about yin and yang deficiency, but since I've mentioned the symptoms of Full/Excess Heat for comparison, I've included them in the chart below to differentiate between three common Heat conditions.

At this point, you have enough information that if a client has any symptoms of a heat condition, you should be able to figure out if it is deficient or excess and determine which zangfu/organs are involved.

In next month's article, I will give you a general treatment protocol for yin deficiency, and specific treatments for the different types of deficiencies. I will also include food, lifestyle and environmental support/advice. After that, look for information on yang deficiency differentiation and treatment.

Yin and Yang Deficiency, Part I