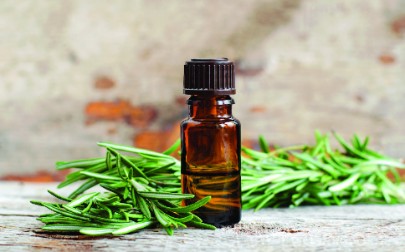 Aromatherapy Massage: The Plant Based Approach

Aromatherapy Massage: The Plant Based Approach

Have you ever been working with a client, applying aromatic massage oil, and suddenly found yourself wondering how far back into history people have done this for a living? The answer is perhaps thousands of years. Across cultures, healers have used the topical application of aromatic and herbal preparations along with the manipulation of soft tissues for presumably all of human history.

Think about when you stub your toe. Your first instinct is generally to grab the toe and apply pressure, as that eases the pain. Early humans most likely noticed this and started learning how to use the power of touch to soothe pain for themselves and others. Early historical records show the use of massage by doctors and healers. Hippocrates is credited with saying: “For rubbing can bind a joint that is too loose or loosen a joint that is too hard.” Though each culture has its own variation on approaches to healing—such as what we see in Chinese Medicine and Ayurveda (traditional medicine of India), for example the element of physically manipulating soft tissues is, and has been, a part of health care practices. Though massage and aromatherapy are often seen as distinct fields, they both have the same origin. Healers from ancient cultures often simultaneously practiced massage and plant medicine. These individuals frequently performed a religious function as well, such as that of a priest or shaman. In early cultures, health and spirituality were one and the same. Aromatherapy during this time would have been delegated to more herbal applications, infusions, tinctures, and the like. Most likely, the origins of aromatherapy stem from the ceremonial burning of aromatic herbs in fire. This can be seen in the etymology of the word “perfume,” which means “from smoke.” The odors released through combustion would have turned early humans on to the aromatic qualities of these plants. Even to this day, burning dried herbs such as sage to protect and cleanse one’s space is common practice.

An herbal infusion is created by soaking herbs in a fatty oil, like olive oil, for weeks at a time and then straining the mixture. The oil will extract the fat-soluble components of the plants; in the case of aromatic plants, these fat soluble components will relay an odor. Applications like these were often used for anointing oils, for example, though various cultures have employed the religious practice of anointing the body with oil to signify holiness. Judaism made it part of our vocabulary—the word “Messiah” translates to “anointed one.” These early applications did not include essential oils as we know them today, but instead featured herbal infusions. Essential oils are the concentrated extracts of the volatile (easily evaporating) components of aromatic plants. The average yield of essential oils is one to two percent of the weight of the plant, and these are most often obtained through steam-distillation. So, while ancient cultures definitely used aromatic herbs for various reasons, they were not using essential oils in any great capacity. Though archeological evidence has shown that stills were used in some ancient cultures, it was only in the Islamic Golden Age that humans were able to extract essential oils with greater efficiency. Thanks to new technology designed to condense steam, alchemists and herbalists alike experimented with distilling all kinds of plant matter for essential oils and more. The refinement of medical and herbal knowledge flourished during the Renaissance, which is evident in herbal books from this period.

But there was something else that happened that changed the course of these practices. In contrast to how early cultures bundled the role of doctor, herbalist, and priest/shaman all in one, these roles became more specialized over time. Now we have practitioners who specialize in manual manipulation, like chiropractors, physical therapists, and massage therapists—who are often quite different from those people see for surgery or other specific types of physical ailments. It seems that as time goes on, there is a push for more holistic practitioners who are able to address the person from multiple perspectives and approaches. Massage therapy offers us the opportunity to be these practitioners for our clients. Often times, a massage therapist will play different roles for their clients, within our scope of practice. The next time you work on a client, know that you are participating in the long, great history of humans helping other humans through the power of plants and touch.