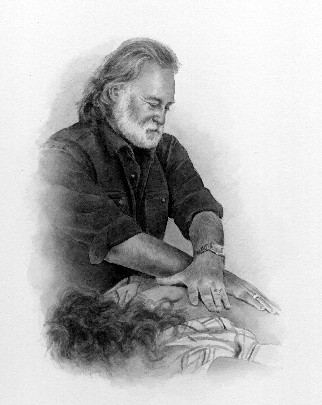 Awakening from a Deep Sleep

Awakening from a Deep Sleep

In my last article, Myofascial Release the “Missing Link”, I described how I had traumatized myself weightlifting. I fell with over 300 pounds rupturing my disc at L5 ripping ligaments in the sacroiliac and lumbar areas. In an instant, it took away that which I loved the most: competition and motion. Life became quite a struggle. No one wanted to get better more than I. I tried all forms of therapy and massage, only to be disappointed with temporary results.

Slowly over time I started to treat myself. I developed a series of techniques and gained knowledge of the whole body aspect of the human being allowing me to develop my Approach to Myofascial Release. I had the opportunity of training over 100,000 therapists and physicians who are now using Myofascial Release on millions of patients/clients per month.

How did this paradigm of health care that we have been burdened with originate? By burdened, I mean that we are all intelligent people; we entered the health care professions to help people and have been extremely frustrated by the temporary results of traditional therapy, massage, bodywork, and energy work.

It might be helpful if we go back over 300 years to the father of modern medicine, Rene Descartes and Sir Isaac Newton. They struggled with the Church, since Descartes and other scientists wanted to study cadavers to increase their knowledge of anatomy. The Church would have none of this.

They finally came to an agreement to fragment the human being. The church acquired the spirit, physicians treated the biochemistry, therapists treated the flesh and no one wanted the emotions!

It was Wrong then and it is Wrong Now!

This fragmentation of the human being has reached a point of total absurdity. This was the beginning of dualism where mind was separated from matter. It was wrong then and it is wrong now! Traditional therapy is based on Newtonian or classical physics which comes from the reductionist point of view, as if you can separate the systems in life, which you can’t. This was proven to be a false concept by Max Plank, the father of quantum physics in 1923. My Myofascial Release Approach is a powerfully effective combination of Newtonian Physics and Quantum Physics.

I have found over the years that just because something is logical doesn’t mean it has any basis in reality. So many things that we have accepted as truths started a long time ago as myths. Over time, generation upon generation, the experts disseminated this misinformation until we accepted these myths as truths. The paradigm of reality that we were all taught is that we are bags of chemicals or mindless machines. You and I were taught a series of beliefs of reality based on erroneous and incomplete information.

Everything we were taught about the body was linear; therefore, all of the techniques we learned were also linear. The issue is that our body is a non-linear system made up of interconnected fractals. The fascial system has a fractal nature, the circulatory system and the neurological system also have a fractal nature, and every one of the trillions of cells in our body are also fractals. Therefore, to treat the body successfully requires totally new and unique principles that were not taught in our schooling. Myofascial Release recognizes the fractal nature of the human being.

The Myofascial Release principles are safe, and are incredibly effective when added to your area of expertise. I would highly recommend looking into Benoit Mandelbrot, the French Mathematician that developed the Fractal Theory in 1976. He changed science, but unfortunately science’s preoccupation with only looking at the existing paradigm, and not exploring new ideas has perpetuated these obsolete theories. The vast majority of scientists do not understand that they are using the wrong geometry, Euclidean geometry, and not Fractal geometry which is far more precise.

The Fractal Theory is based on the principles of self-similarity. Fractal is a Latin word that means fracture; there are no straight lines in our structure. Every snowflake in the universe is unique and yet has a common pattern. The patterns of the mind/body complex are inhibited when there are fascial restrictions. As you are aware, we are mostly fluid, but since science only studied dead people, no attention was paid to the fluid of our body, the fascia’s ground substance. When we experience physical and emotional trauma, the ground substance changes; its fluidity becomes more viscous and eventually turns into a solid mass of crushing pressure (2,000 pounds per square inch) on pain sensitive structures. Fascial restrictions do not show up in any of the standard testing, therefore fascial restrictions have been missed or misdiagnosed. All other forms of therapy only make a temporary change in 20 percent of the fascial system, the elastic and muscular component. The remaining 80 percent of the fascial restrictions, the ground substance, has solidified. My approach to Myofascial Release helps to rehydrate the tissue that has solidified and reestablish glide by treating 100 percent of the human being.

I have great respect for scientists that build bridges and develop computers.

They have amazing intelligence, but we cannot deny our consciousness any longer with our clients. In the 1940s, Nobel Laureate Albert Szent-Györgyi, one of the most respected scientists in our country was working in a ‘think tank’ in Woods Hole, Massachusetts. He was becoming increasingly concerned by the way that research was being performed.

Soft tissue was crushed, ground up, then placed in a centrifuge and spun at a high velocity to separate the solid from the fluid. The solid was thrown out and what allows us to move into this deep, healing dimension. Our educational system was not true education, but instead mass hypnosis. We did not realize how programmed we were by these obsolete thoughts and beliefs. We were taught what to think, not how to think!

Myofascial Release is important in relieving pain, headaches, fibromyaligia was studied was what was in the fluid. Dr. Szent-Györgyi complained to his colleagues that you cannot continue this and women’s health problems. An amazing thing begins to occur with Myofascial Release. It’s like you begin method because by separating the fluid from the solid, you are studying non-life.

Scientists ridiculed and attacked him.

He was a strong man and a visionary and proved in the early 1940s that he was correct. His findings showed that the fascial system is not an insulator, which means it does not conduct energy or consciousness, but functions as a fiber optic capable of carrying enormous amounts of information in a short period of time through our mind/body complex. Unfortunately, our educational system continues to teach that the Fascial System is an insulator.

As the fluid part of the ground substance solidifies from trauma, we stay in what is termed consensus consciousness, which is our intellectual side. Another word for consensus consciousness is trance. Our intellectual side has dominated our life and it is our false ego. Myofascial Release safely and highly effectively helps us to switch into our creative and instinctive side, the healing zone or what I refer to as our ‘Feeling Intelligence’.

Waking up from a Deep Sleep

We are all born with a very wise and creative side that is a part of our ‘feeling intelligence’. It is our intuitive, instinctive side where true authentic healing occurs and Myofascial Release beautifully to awaken from a deep sleep, becoming mentally clear, emotionally and physically stronger, and physiologically healthy.